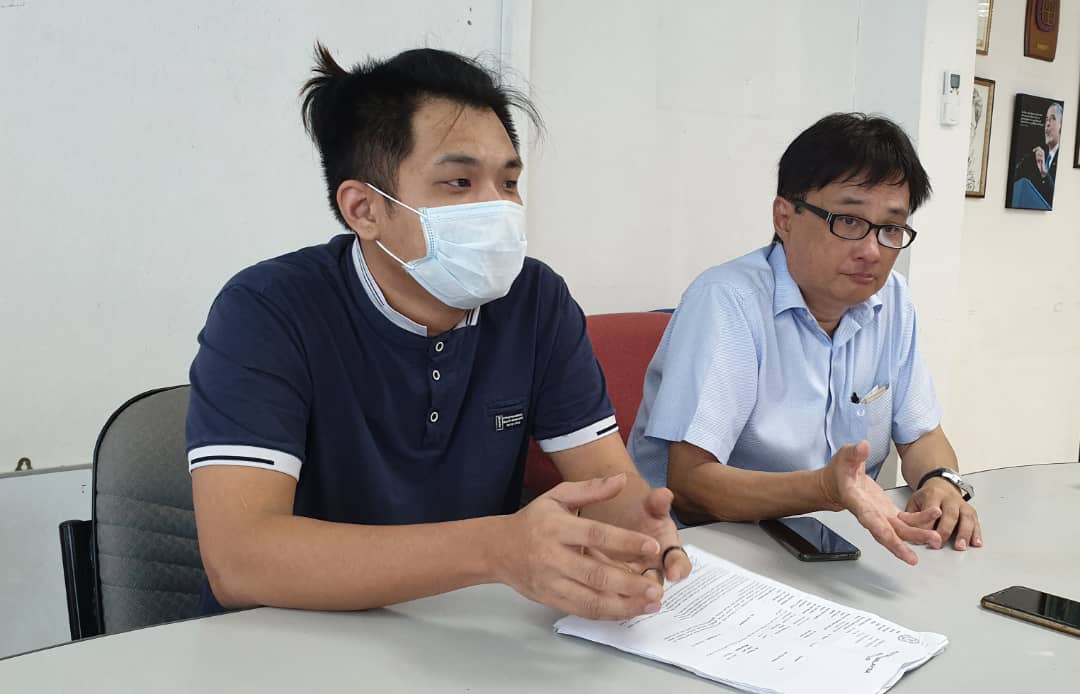 JOHOR BARU, January 7, 2020: A former banker who is currently self-employed has turned to Johor MCA Government Coordinating Affairs chairman Michael Tay claiming that he lost RM20,300 via online banking, after he had lost his bag containing his handphone and automated teller machine (ATM) card on December 6 last year.

Tay, who is also the Johor Baru MCA public complaints bureau chief, told a press conference at his office here today that Lam Kok Kuen, 31, had informed the bank at 11.15am after he discovered his sling bag had gone missing at an eatery on the same day.

Tay said Lam had instructed the bank to block the ATM card, and at 12.30pm Lam was already at the counter of the bank.  Tay added that there was CCTV footage to prove that Lam was at the bank at the time to receive a replacement card. However, the new card could only be activated 2 hours later.

According to a police report lodged by Lam last month on December 7, a sum of RM9,000 was drawn out using FPX at 12.43pm on December 6, followed by another 3 FPX transactions at 12.46pm, 12.50pm and 12.55pm amounting to RM7,000, RM4,000 and RM300 respectively to another bank account. Lam said the bank told him the disputed transactions were conducted using Lam’s valid Internet Banking ID and password and authentication codes (PAC) which were sent to his registered mobile number, and therefore no breach was found in the bank’s online banking system.

On a separate matter, Tay related his friend’s experience where he would set the cash limit only when he wants to do an online transaction, and would reset it to zero after the transaction as a safety precaution.

“It may be inconvenient but that is one of the precautionary measures. It is also important not to let anyone know the ID and password of one’s banking account,” Tay added.